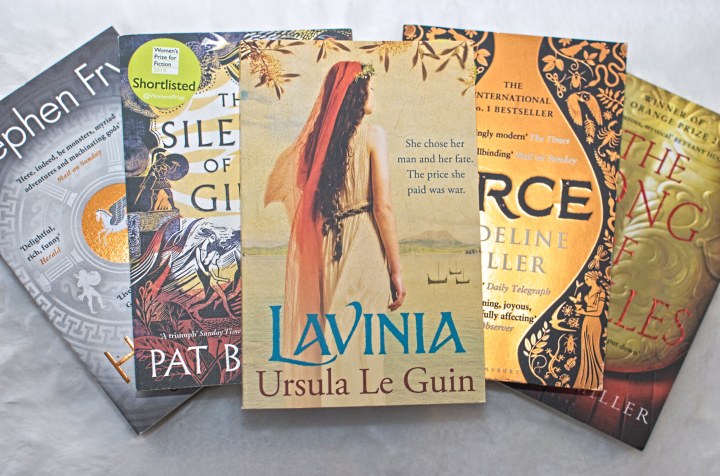 Bookworms tend to be slightly obsessive. I count myself among that number. I collect books at a rate which makes my bank balance dwindle and bookshelves sag. I talk about books with anyone who will listen and feel slightly uncomfortable when daily life requires me to be seperated from my current read. That scene in Sex and the City where Carrie proclaims that she likes her money where she can see it (in her closet), I can identify with. Only my money is on my bookshelves for all to see.

This blog and my #bookstagram page have provided an outlet for this obsession and a reassurance that I am not alone. And all this preamble is going somewhere bookish I promise.

When I started this blog I kicked off my reviews with Madeline Miller’s brilliant Circe (you can read it here). From there I read the almost as brilliant Song of Achilles and then the not so good, but still highly readable, Silence of the Girls.

I had been afflicted with an addiction which seems to have affected most of the online book community, namely we all seem to be totally obsessed with retellings of classic, epic poems. It seems unlikely at first, doesn’t it, because how many of us have actually read the original texts on which these stories are based. Despite being an English Literature graduate I’ll confess that I have never read The Iliad or The Odyssey. I’ll also confess to having little desire to.

Of course these books were still massively enjoyable regardless of this gap in my literary knowledge. These writers have decided to retell the stories with very little expectation on the readers to have actually ploughed through Homer’s epics or delved into Virgil’s works.

Recently I read Lavinia by Ursula Le Guin which is again a retelling but not one which has received a lot of attention online. Lavinia is a mere line in Virgil’s epic poem The Aeneid (of which I knew next to nothing) but Le Guin gives her a whole novel. Like Helen of Troy before her Lavinia causes a war. Unlike Helen she does so because she refuses to allow her fate to be dictated by those around her – instead she trusts herself to the fate assigned to her by a visitation from a ghostly figure we are led to believe is Virgil.

The wars of men provide the threatening backdrop to Lavinia’s story. She is strong willed, eloquent and fiesty. As a daughter, wife and mother she fights her own battles for the men who surround her. Whilst it lacked the passion of Song of Achilles and the captivating magic of Circe this is a must read for fans of Madeline Miller.

I was also left wondering why was I so captivated by this and all the other retellings?

One answer lies in the decision of the authors to give a voice to those who are voiceless in the classics, particularly the female characters. Here we have some powerful female protagonists who feel thoroughly modern, their stories finally being told and them acting as the driving force of a narrative and not just extras in a man’s tale.

These stories also transport us to another world – not so far fetched as some science fiction or fantasy but different enough that it feels strange. We all had to learn about this time period (anyone else have to wear a toga made from a bedsheet?) so our imagination has some images from which to hang the story.

These are love stories but not always in the traditional sense. They are stories of war (which do not skip the gore) and of magic and of mystery. The characters grow and develop, have an awareness of self which is explored in a different way to the classics (from what I know of them anyway).

Finally, the stories on which they are based are the cornerstones of great literature. There are many theories that there are a limited number of plots (anywhere from three to ten depending on what you read) but they can all be traced back to those epic poems.

2 thoughts on “The Popularity of Retellings: Why have they become our new literary obsession?”