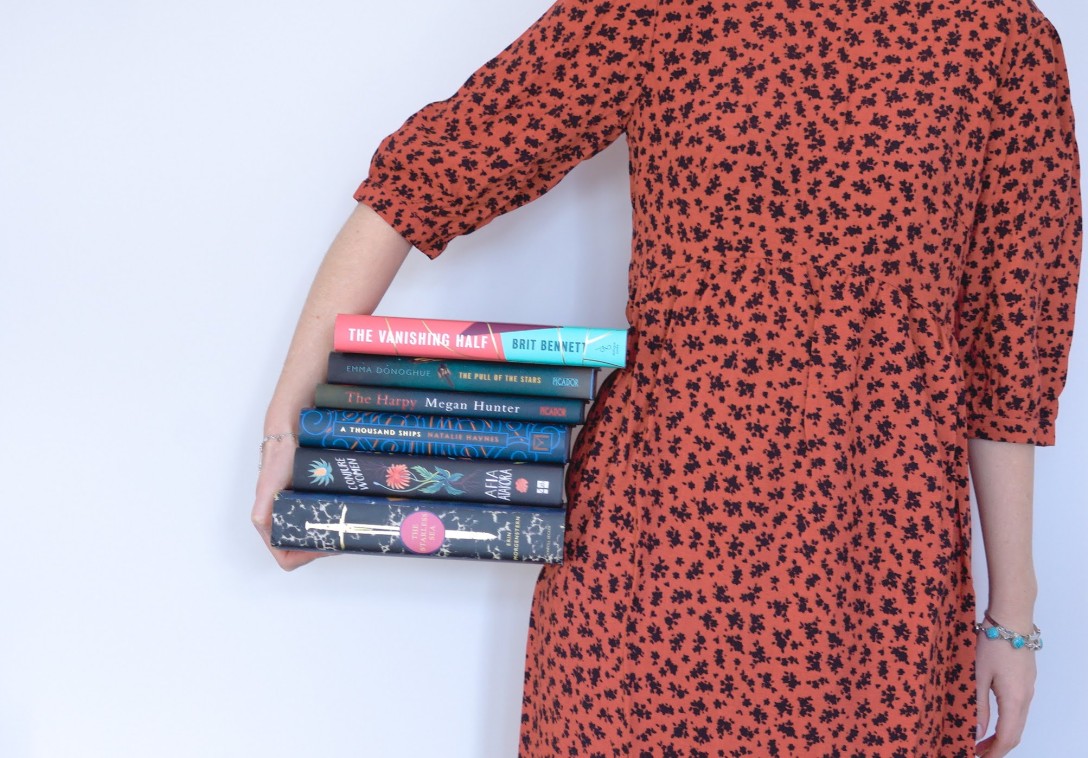 On the last day of 2020 I thought I would do a bit of a look back over the books I’ve read and loved.

I began my year by throwing myself into historical fiction and historical magical realism – genres which would see me through the tumultuous months to come. Deeplight by Frances Hardinge proved to me that YA still had the power to amaze and transport me. The Binding proved to be as close to perfection as it is possible for a debut novel to be, an imaginative tale with books at its beating heart, historic without being tied to a specific era and magic without being unbelievable. And then there was The Familiars – a haunting historical fiction full of menace and magic (two common themes for my 2020 reads).

The end of January and February belonged to A Little Life and Where the Crawdads Sing. Two impossibly beautiful stories of human endurance in the face of isolation and suffering.

And then to March, which brought with it lockdown (and on a personal note a house move) and the great slowing down of life courtesy of Covid-19. Queenie and Expectation were eye opening and relatable.

April was a month handed over to generously gifted novels (my review is here) but one book, Conjure Women, blew me away with its story of magic and an America rarely told. On American stories, I finally read The Dutch House and was converted to Anne Patchett fandom.

May was my month of historical fiction. The Mercies proved to be one of my favourite readalongs – a trip to Iceland to fight against rising temperatures. This Lovely City is probably one of my favourite debut releases of 2020 – a celebration of jazz and a look at a rarely mentioned time in modern British history.

And then there was Hamnet but more on that soon.

It seems fitting that June, which marked my one-year anniversary of blogging and bookstagram, would bring with it the reading of Ten Thousand Doors of January – a celebration of the transportive power of fiction. Other joys included Rainbow Milk and The Strange Adventures of H – two debuts which left me spellbound for very different reasons (and whose protagonists captivated and …

The Seven Death of Evelyn Hardcastle and The Devil in the Dark Water (alongside The Silver Collar) gifted me a new genre to obsess over, namely the historical thriller. More of this in 2021 I hope.

As BLM and the death of George Floyd echoed and reverberated across the world it shaped so many people’s reading beginning in May. I discovered the shortcomings of my own reading habits. From this came the phenomenal The Vanishing Half, Half a Yellow Sun, and Homegoing.

The summer brought with it more historical delights – such as Things in Jars and Slaughterman’s Daughter. And into September The Pull of The Stars, which focused on the Spanish Flu epidemic and offered the most romantic rooftop scene I’ve ever read. That back to school vibe was captured in a rereading of The Tenant of Wildfell Hall.

October saw man made monsters courtesy of The Harpy, Sin Eaters, and Bone China. The Once and Future Witches combined witchcraft and the suffrage movement. And in November, Hag reworked folklore with a feminist twist and I was transported to a college in New England by The Secret History.

Madam was a darkly gothic read which will no doubt be huge in 2021. I finally read my most anticipated read of 2020 – The Starless Sea, another ode to stories and storytellers.

And in December things took a wintry turn with the heart-breaking A Town Called Winter and A Christmas Carol. It also saw a return to an old favourite in the form of Winter Ghosts by Kate Mosse.

For me though the year belongs to one novel. Hamnet …

And yet I’ve not actually properly reviewed it anywhere. Until now.

First, this book was a balm during the early part of lockdown. Despite its somewhat heavy subject matter (and the mention of a virus making its deadly way across the world) it will for me be forever me a tied up in this truly unique year. It proved to me that yes historical fiction is my jam and that yes it can speak to current events as effectively as it can evoke the relative safety of the past.

It is also a solace because of O’Farrell’s luscious prose, which seems at first to lull and rock you into thinking this will be a gentle and peaceful read. Only once her reader is thus fooled does she unleash some of the most unbearably poignant scenes I’ve read in 2020. Possibly ever.

Agnes’ pain and suffering seeps from every page, leaving its mark upon the reader. The connection is so great that Agnes’ heartbreak becomes our own, so overwhelming that it becomes a memory of the reader.

Starting the book I expected a story of Shakespeare and those who made up his domestic life. Instead I was gifted the untold story of the woman, and the tragedy, which helped shape him and his greatest writing.

Agnes too is gifted with a voice so long denied her by historians and academics. Gone is the ghost of an older woman seducing a young scholar and raised up is an independent woman who loved (and lost) with her whole heart, who saw the talent of the man she loved and set him free to achieve his dreams whilst she faced her grief alone.

Hamnet is not just a glorious read. For me it is as much as an event to be remembered and drawn upon. A lesson in resilience, in love and overcoming grief. In 2020 what more could we ask a novel to give us?

And what will 2021 have in store? Keep your eyes peeled on the blog for some of my top picks.