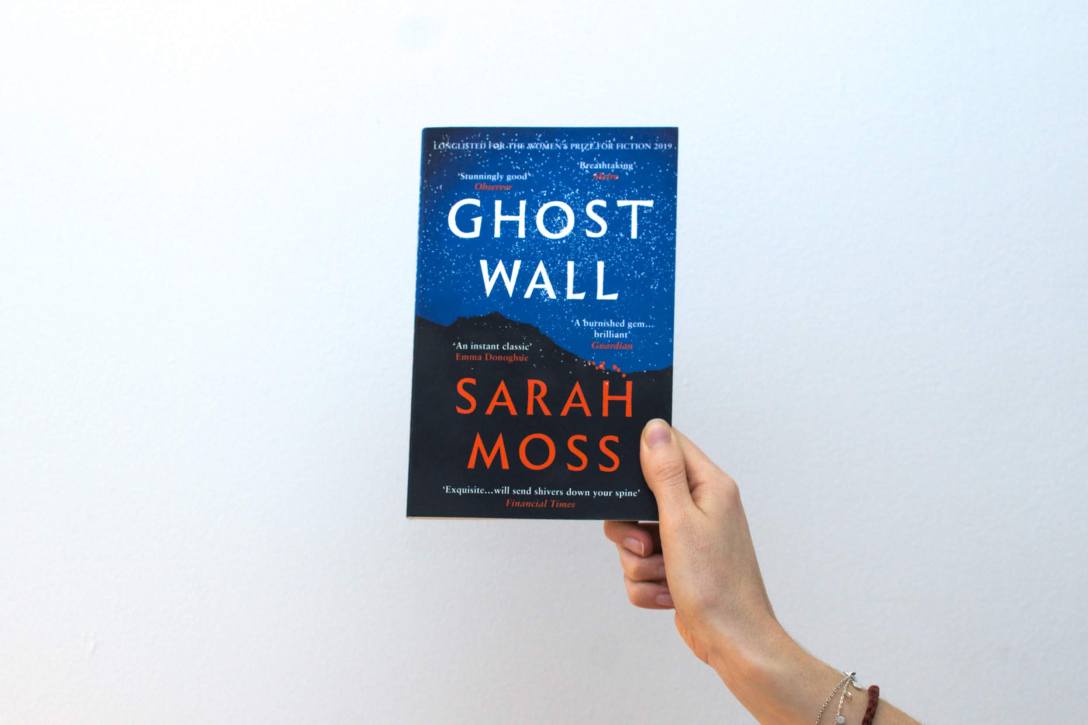 They set up the ghost wall towards sunset. The shadows of the trees and grass leant long through air hazy with slanting gold light.”

My only spooky(ish) read for Halloween might not have left me quivering with fear but it did linger with me.

Ghost Wall by Sarah Moss is a tightly woven, delicately plotted novella whose almost inevitable conclusion closes in around you before you know what has happened. Despite being only 149 pages long this story packs as much punch as much longer tomes. This is completely down to Moss’s brilliant writing.

We join our heroine Silvie as she embarks on an immersive archaeological experience in rural Northumberland alongside her mousey mother and bigoted, bullying father. Also taking part are three reluctant students and their well meaning professor.

Simmering away throughout this story is the tension between the newfound freedoms and ideals which the students present to her strict upbringing under the father’s dominating hand. Silvie remains naive, and frankly almost brain washed:

I didn’t like it when she talked like that, wanted to go on believing that men were also people, that there are not, in fact, two kinds of people.”

It seems unbelievable that she is meant to be seventeen.

It is this tension and Silvie’s father who provide the very real unnerving threat. It looms larger for me than the threat of the haunting history and rites which had been performed on that land. Moss’s touch with this difficult subject is one of the triumphs of this book; we are invited to sympathise but not to judge.

Can I just say something about the opening chapter, or rather section – I think it may just be one of the best opening passages I have read this year. I challenge you to put this book down having read this:

She is whimpering, keening. The sound echoes across the marsh, sings through the bare branches of rowan and birch.

There are no surprises.

They place another rope around her neck, hold the knife up to the setting sun as it edges behind the rocks.”

Having never read any Sarah Moss before I am now desperate to read more of her books. I think I might well have found my new reading obsession. Her command of language, her building of tension and her artful prose show that she is a hugely talented, but under appreciated writer.

Have you read any of her novels?