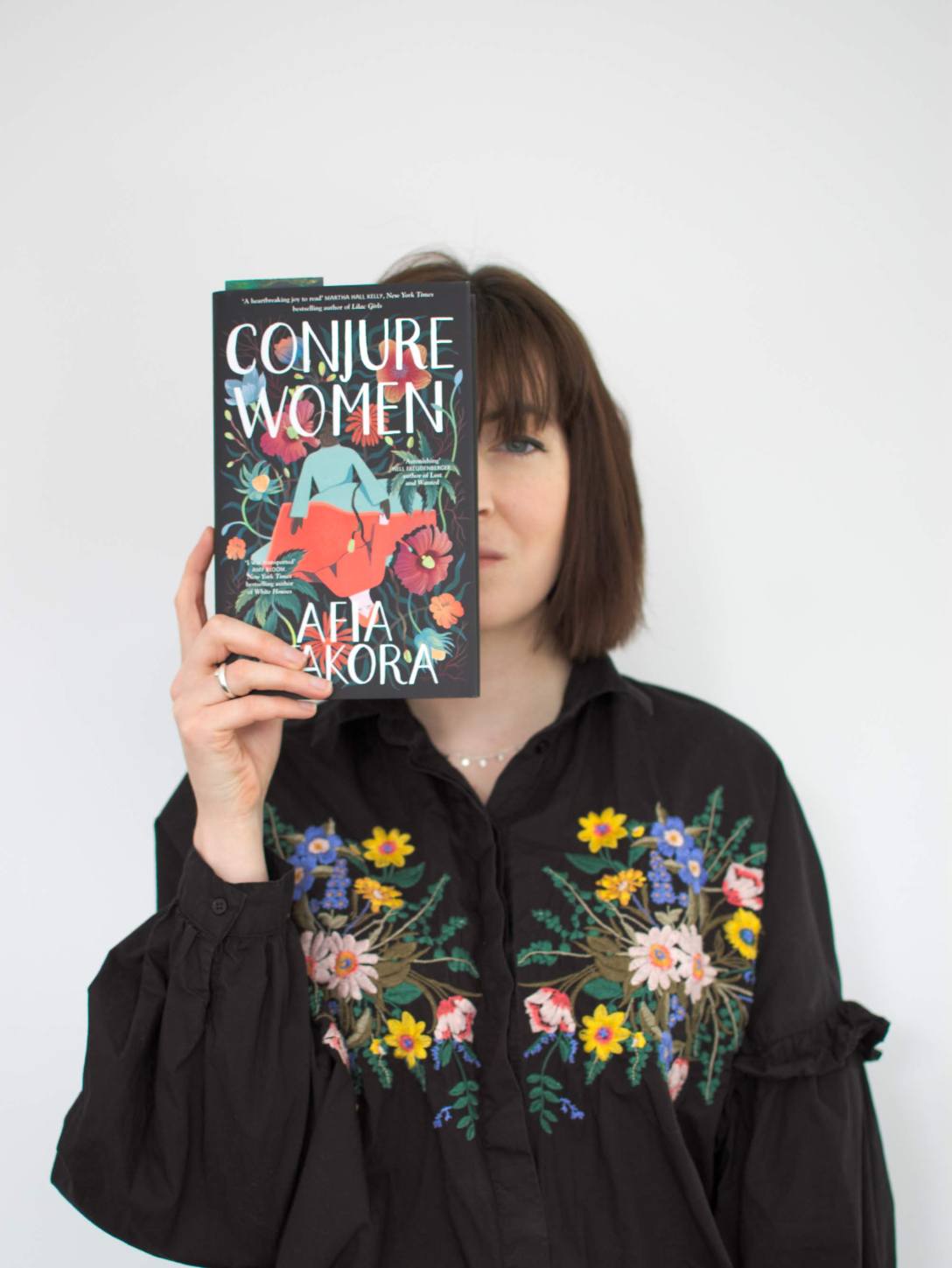 And just like that I have a new contender for my favourite book of the year. Conjure Women is a deeply dark and haunting historical fiction, full of suspicion and suspense. For those who loved The Familiars, Essex Serpent, The Confessions of Frannie Langton and The Binding I think this will be your next book obsession. Also it doesn’t hurt that the cover is equally as beautiful as the story inside. Not that we should be judging books by their covers (but naturally we all are).

Conjure Women tells the story of Rue and her mother, both slaves on a cotton plantation in the South of America during the Civil War – a war which is closing in on their lives.

Rue and her mother have a talent for healing people, conjuring, and supposedly are able to create curses and commune with dark forces. So when a dark eyed child is born, followed by a mysterious illness, the community suspects dark forces are at work and suspicions are directed at Rue.

Is this illness and the dark eyed boy a ghost from Rue’s past sent to punish her sins?

Moral ambiguity, legacy and race interplay to create a historical fiction which leaves you feeling haunted and slightly unsettled. Atakora never lets you relax in an atmosphere shaped by the weight of the past and the lives of those freed at the end of the Civil War.

This is a deeply intimate story of one woman set against a monumental time in the history of America, a juxtaposition which reverberates across the whole of the novel. Past and present fight against one another with the novel being set in a period of much uncertainty but also in a society on the cusp of change. So too, Rue’s community is both suspicious of the old and unknownable hoodoo which she practices and they are reliant upon, but in times of real trouble they start to look for more modern solutions.

Equally, there is tension between the hoodoo which Rue offers and then the religion of Bru Abel; again this feels like the old world playing against the new, suspicions and fears versus faith.

Atakora’s prose is deliciously sumptuous and luxurious – slow, thick like molasses, steeped in the sticky heat of the South in which it is set. I mean sentences like this …

She unwound herself from her thin linen sheet. If there were dreams, she’d lost them now that she’d stood up. There was only the crying, not so loud as it was strange, unsettling. She smoothed her nightmare hair and made ready her face. Stepped out from her cabin, barefooted.

At the centre of the town, between the gathering of low cabins that sat close and humble ….”

The slow reveal of Rue’s past and its secrets is the highlight of this intriguing read – it takes its sweet time in revealing itself, but oh my when it does your heart will stop.

Perhaps the ending felt a little anticlimactic as the story had moved along at a relatively slow pace and I was awaiting that wow moment. However, the ending suited perfectly the creepingly slow and slightly sinister pace of the novel.

A refreshing new voice in literature and in particular historical fiction set in a period of American history which is largely unknown to British readers.